Since developers often use custom offsets or datarefs, and not the defaults, having configmaps allows you to map an aircraft feature (landing lights, etc) to a "feature", which tells ACARS where to read the data for those features. They're stored in the configmaps directory.

Config maps are now only for FSX/P3D or X-Plane. A lot of developers use the default offsets or datarefs, so it may not be required to change anything

If you create a configmap for an aircraft, please let me know, I can include it in ACARS to be distributed out. That would be much appreciated! Always create a new file, otherwise the defaults that are included with the distribution will be overwritten by an updates.

Anatomy of a ConfigMap#

A config map is an XML file which looks like this:

The base rules and rule types are available. This list may be expanded in the future.

Mapping data to a feature#

Each Key consists a Type, Key and a Value. These are all "AND" together, so every value in the feature must evaluate to true.

In this example, both of the datarefs, in this last, the left and right landing lights, must have a value of 1 or 2 in order for the landing lights to be considered "on"

In this example for FSUIPC, the offsets use a bitmask to consider the beacon lights being on:

To create a config map, you can copy one of the existing files and modify it.

To debug whether the lights are working or not, you can open the "Debug" window. To open it, go to the "Map" page, and double-click on "Flight Status". It will open up the debug window, then you can scroll down to the lights, and see the values for the lights being returned: 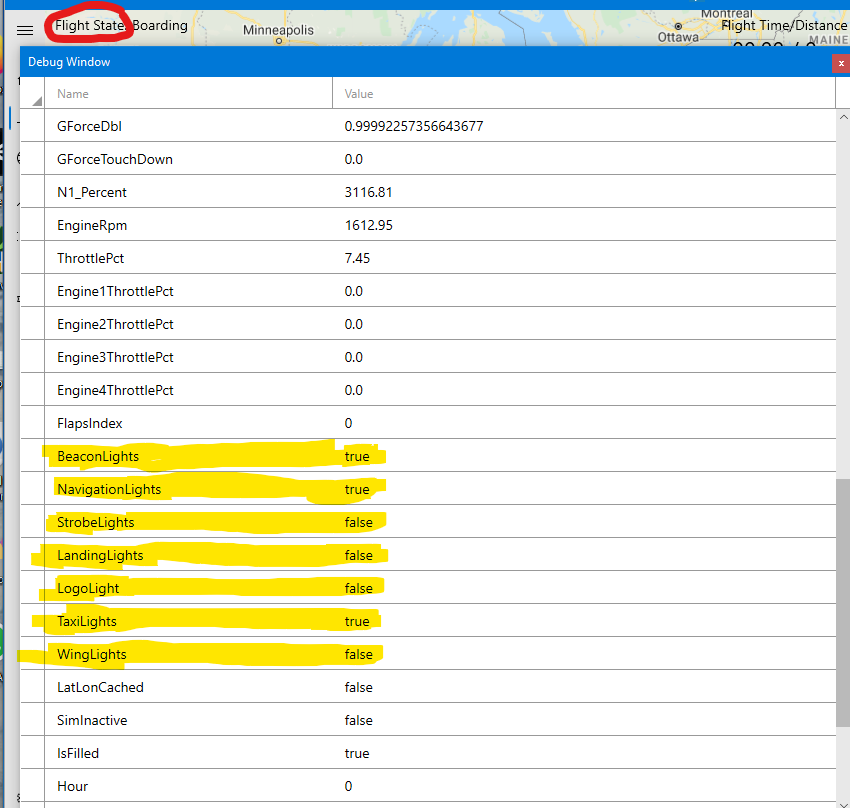